Crop vs Full-frame Camera: Which Camera Do You Need? 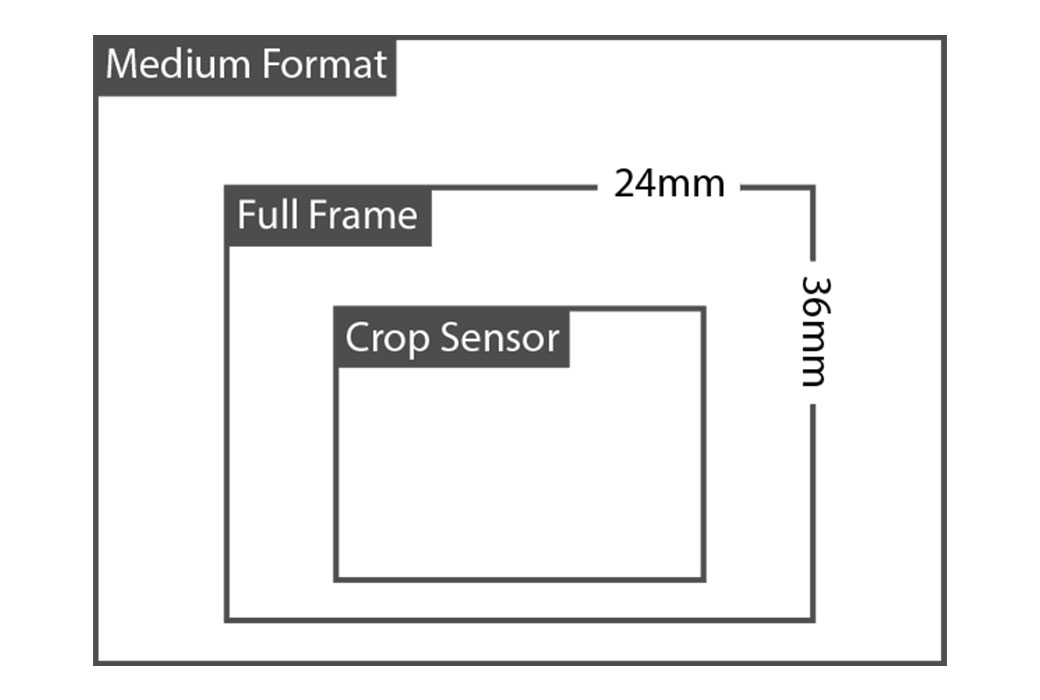 If you are planning to get a new camera, at some point you may start wondering which camera you really need. The million-dollar question is should you get a crop or full-frame? Before making that decision, let’s learn the difference between these two. Both cameras refer to the actual, physical size of the digital sensor inside of the camera. Full-frame is based on 35mm standard film format and crop is literally the image cropped as the name implies, creating a zoomed-in effect. This post will cover more details about crop and full-frame cameras leading you to make a wise choice when you purchase your camera later. In addition, it contains specifications of each camera: Canon, Nikon, and Sony.

Before we talk further about the details and weigh the advantages and disadvantages of crop and full-frame cameras, let’s briefly learn about the 35mm standard film format. It is basic knowledge that will help you understand the fundamentals of all kinds of cameras.

A 35mm film format involved capturing light rays, which has been the standard in film gauge since 1909 due to its balance in cost and image quality and has stuck ever since. The light coming through the aperture makes the image round as shown in the image below. The image appears in a rectangular shape when the light falls into the film. The black outline refers to the image in the 35mm standard film format with a 2:3 aspect ratio (24mm:26mm) which is applied to a full-frame camera body while the red outline represents the image on the camera sensor of a crop body.

As the images above show, a photo taken with a crop body has a shorter range to capture an object compared to a full-frame camera with the same lens. Even though the lens takes the same amount of light, the crop body sensor cuts the image beyond its sensor range while retaining the same 2:3 aspect ratio of the full-frame camera.

Then how can you obtain the same image like the one taken with a full-frame using a crop body? The answer is simple. You can just step back. The same method is applied when you take photos with a long-focus lens.

Crop vs Full-frame Camera: Which Camera Do You Need?