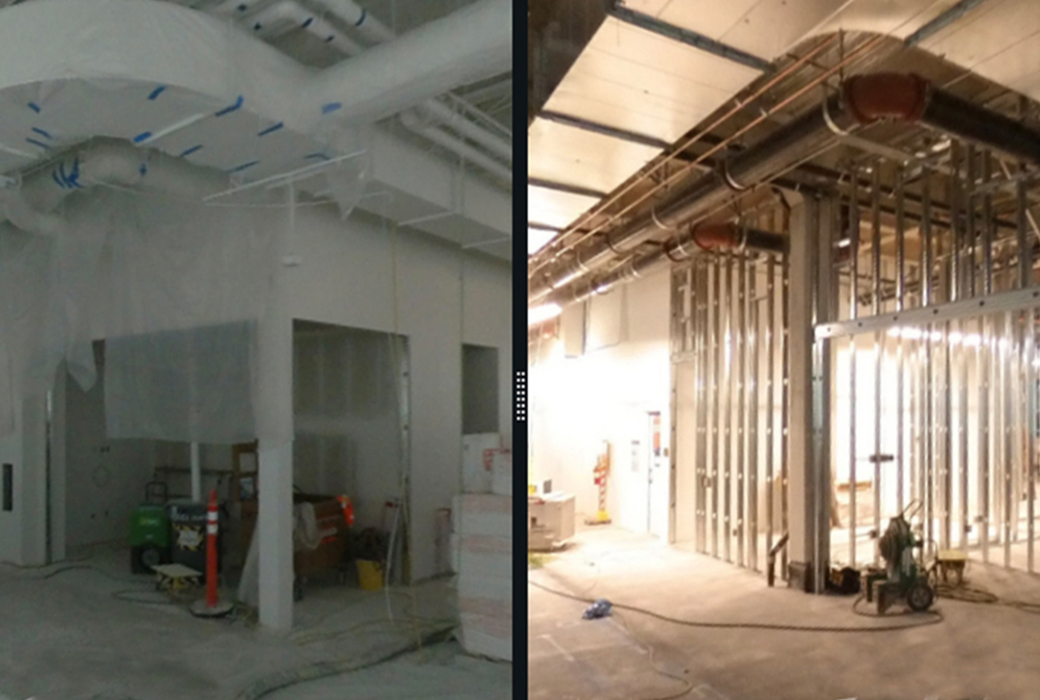 How 360° Imagery Is Revolutionizing the Construction Industry

In recent years, the camera has become one of the most valuable tools on the construction site. Project managers rely on photographs at every stage of the construction process — from pre-construction planning to project close out — utilizing them to document site conditions, monitor job progress and verify compliance with contract documents. These images serve as a visual record of completed work and, in addition to being an effective management tool, can be instrumental in marketing their services to future clients. However, traditional photography has significant limitations and, in response to the construction industry’s increasingly complex and litigious nature, many project managers have been searching for more efficient and comprehensive ways of capturing the construction process.

Historically, the construction industry has relied on point-and-shoot photography to document worksites. This is a relatively inefficient and time-consuming process which requires multiple pictures to be taken of each space using standard two-dimensional cameras. Naturally, variations in the camera person’s point of view often result in the unnecessary duplication of images and the careless omission of critical details.

Perhaps even more frustrating is the process of uploading these images onto a computer, naming each individual file, and cataloging them into a network of folders and subfolders. One wrong click of the mouse or an accidental deviation from the file naming convention could easily cause an image to become permanently misplaced. Like a jigsaw puzzle with missing pieces, the point-and-shoot approach to documentation typically leaves project managers with an incomplete and nearly indecipherable picture of the job site.

If a picture is worth a thousand words, a 360° image is worth six times as much. Each is composed of six photographs — front, rear, right, left, top and bottom — taken simultaneously by a specialized camera and automatically stitched together into a single panorama.

The result is an image which can be panned both horizontally and vertically, allowing viewers a visually explore all 360° of a space. In addition to saving a substantial amount of time taking and organizing individual photographs, 360° images produce a more immersive viewing experience, providing a greater level of detail than any single image is capable of.

In its infancy, 360° image capture required professional expertise as well as expensive hardware and software. However, recent advancements in image processing software and camera technology have made 360° imagery more affordable than ever before. In fact, it is now possible for a construction company to start a reality capture program with a nominal investment of only three hundred dollars.

While 360° imagery has streamlined the documentation of specific spaces, many project managers have found it inadequate for properly documenting entire projects. Large office buildings, for instance, might require multiple 360° images for each individual office and conference room. Identifying these repetitious spaces and determining their relationship to one another from photographs alone can be challenging, even with the benefit of 360° image technology.

That is why innovative companies have been developing software solutions that allow users to automatically connect multiple 360° images together into 3D Tours which can be explored virtually, using navigation controls similar to Google Street View with a reference floor plan.

Although each virtual tour is composed of tens, hundreds and even thousands of 360° images, their whole is greater than the sum of their parts. They allow project stakeholders to remotely “walk” the site, generating a truly immersive viewing experience. If a 360° image is worth six thousand words, a three-dimensional virtual tour is equivalent to a great story.

This side-by-side comparison illustrates how the project has progressed over time, weaving a narrative that can span days, months, or even years. Each individual 3D Tour becomes a chapter in a captivating novel and, together, they create an unparalleled fluidity of experience.